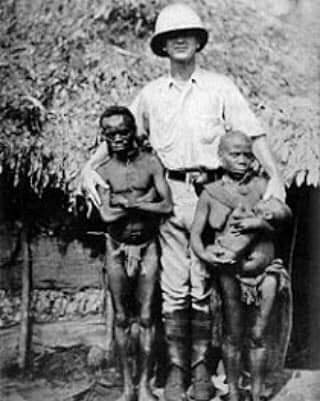 The truth about St Patrick and why he is celebrated ~

The Twa/Koi San are a (pygmy is considered to be an insult) small race of people from Africa that have a history that pre-dates the story of Adam and Eve by almost 8500 years.

The Twa journeyed to Northern Ireland very early in conception prior to the influence of the Roman Catholic Church and had a cultural, technological, and philosophical impact on a people there known as the Druids.

Now, the Roman Catholic Church seeing the practices of the Druids wanted to convert them and if they couldn’t they would remove them and their beliefs as well, along with the Twa who were still present in Northern Ireland at that time. One of the cultural influences the Druids got from the Twa was the fact that they wore a fez or head cover that depicted the African symbol known is a Uraeus, which is the same snake image you see worn by the Kings and Queens in ancient Kemet.

In many African cultures, the serpent is not a symbol of evil but one of eternal life, regeneration, power, protection and wisdom. The Snake also represented the Kundalini awakening vortex found in the chakra energy traveling up our spines and the helix of our DNA.

According to legend, St. Patrick was well known for “chasing the serpents out of Ireland”. He was given an order to set up Roman Catholic Churches all over Northern Ireland and in the process, convert or remove the Druid and Twa influence. He killed countless numbers of Druids and Twa in the name of Father, the Son and the Holy spirit.

Chasing the serpents out of Ireland is a metaphor for genocide. So what St. Patrick is really famous for, is waging a genocidal war against the indigenous people of Ireland who had migrated there many thousands of years before the Caucasians and before Christianity. The African Twa who were thought to be Pagan.

Note: This photo was taken in the 1950’s and is a representation of the Twa from that period.
#BlackHistory365 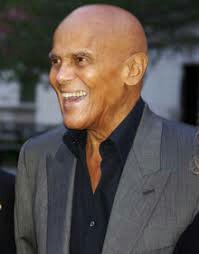 Actor, singer and activist Harry Belafonte has achieved lasting fame for such songs as ‘The Banana Boat Song (Day-O),’ as well as for his film and humanitarian work.
Who Is Harry Belafonte?
Born on March 1, 1927, in New York City, Harry Belafonte struggled with poverty and a turbulent family life as a child. His professional career took off with the musical Carmen Jones, and soon he was burning up the charts with hits like “The Banana Boat Song (Day-O)” and “Jump in the Line.” Belafonte has also championed many social and political causes, and earned such prestigious accolades as the National Medal of Arts.

Parents
Harold George Belafonte Jr. was born on March 1, 1927, in New York City, to Caribbean immigrants. His mother worked as a dressmaker and a house cleaner, and his father served as a cook on merchant ships, before leaving the family when Belafonte was a young boy. 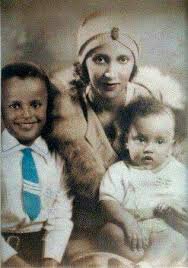 Belafonte also spent much of his early years in Jamaica, his mother’s native country. There, he saw firsthand the oppression of blacks by the English authorities, which left a lasting impression on him.

Belafonte returned to New York City’s Harlem neighborhood in 1940 to live with his mother. They struggled in poverty, and Belafonte was often cared for by others while his mother worked. “The most difficult time in my life was when I was a kid,” he later told People magazine. “My mother gave me affection, but, because I was left on my own, also a lot of anguish.” 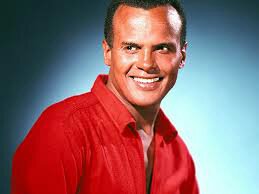 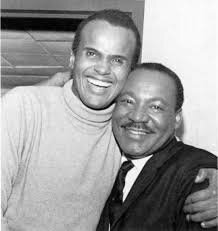 Wife and Children
Belafonte lives in New York City with his third wife, photographer Pamela Frank. The couple wed in 2008. Belafonte had two children with second wife, dancer Julie Robinson, as well as two other children from his first marriage, to Marguerite Byrd. 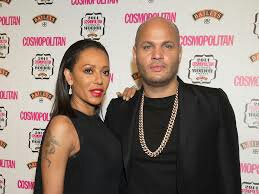 Early Career
Dropping out of high school, Belafonte enlisted in the U.S. Navy in 1944. He returned to New York City after his discharge, and was working as a janitor’s assistant when he first attended a production at the American Negro Theater (AMT). Mesmerized by the performance, the young Navy vet volunteered to work for the AMT as a stagehand, eventually deciding to become an actor.

Belafonte studied drama at the Dramatic Workshop run by Erwin Piscator, where his classmates included Marlon Brando, Walter Matthau and Bea Arthur. Along with appearing in AMT productions, he caught the eye of music agent Monte Kay, who offered Belafonte the opportunity to perform at a jazz club called the Royal Roost. Backed by such talented musicians as Charlie Parker and Miles Davis, Belafonte became a popular act at the club. In 1949 he landed his first recording deal.